Vowels.  The EIr represents the short vowels “a,” “i,” and “u” in Arabic or Persian words as “a,” “e,” and “o,” as in gol, meḥvar, or modarres. The long vowels “ā, ” “ī,” and “ū” are represented as “ā,” “u,” and “i,” as in mādar, piš, or foṣus. In Persian words, such as ḵāna or guna, the silent final “-h” is not represented.  With regard to diphthongs, notice exceptions such as Ferdowsi, Ḥosayn, or ayvān.  The diphthong “ey” is represented as “i,” as in Siar al-moluk, while “eyy” is transliterated as “iy,” as in adabiyāt. The majhul vowels “ē” and “ō” are required for Afghan Persian and Indo-Persian.

Arabic constructs.  The rules of Arabic grammar apply to genitive constructions such as the book title Nozhat al-qolub or the institution of bayt al-māl.  But noun and depending genitive are capitalized and hyphenated in all proper names, such as ʿAbd-al-Ḥosayn and Fatḥ-ʿAli, and in honorifics and other titles, such as Zinat-al-Nesāʾ. The Arabic article al- is only preserved for depending genitives, as in Ebn-al-Aṯir and Nāṣer-al-Din, but otherwise dropped, as for Biruni and Ḥallāj.

Turkish follows the orthography of Republican Turkish, followed, if necessary, by a full transliteration, as for Taşköprüzade (Ṭāškobrāzāda). For Ottoman and the Turkic languages of Central Asia, the appropriate variants of the EIr’s transliteration system are to be used.

Transliteration of Persian and Arabic 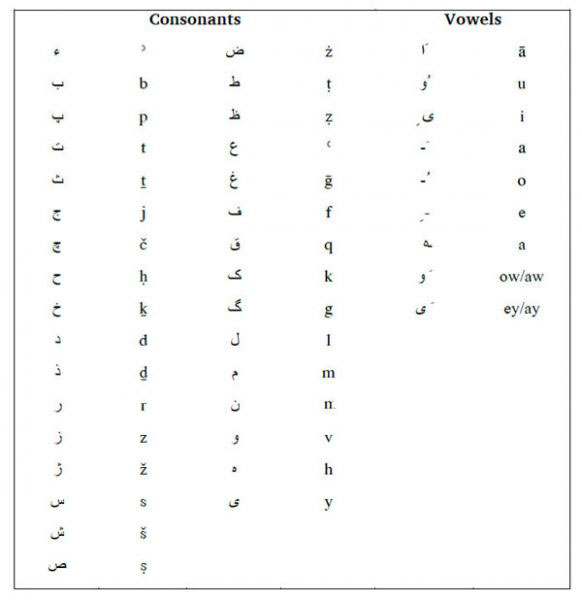 Although the EIr expects its authors to use a Unicode font which provides all the needed diacritics, it is still possible to use the following numerical system for the transliteration of Arabic and Persian:

Numerical System for Transliteration of Arabic and Persian 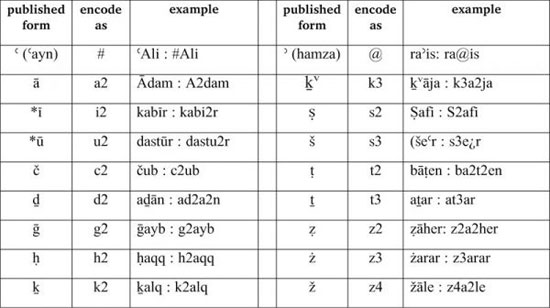 *ī and *ū do not belong to the EIr's transliteration system for Arabic and Persian and are only used in cited references.

The transliteration of Avestan may follow either C. Bartholomae’s Altiranisches Wörterbuch (Strassburg, 1904) or the system of Karl Hoffmann.

For the transliteration of Chinese the Pinyin (Beijing) system must be used, though the older Wade-Giles forms can be given in parentheses.

For Russian the Cyrillic transliteration table of the 16th edition of the Chicago Manual of Style must be used with the following qualifications: Russian е = e, ё = ë, й = ĭ. 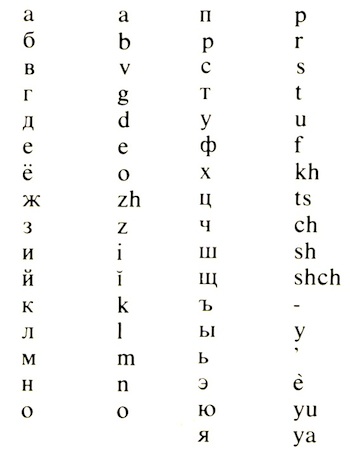